Norway have extended their lead at the top of Group B4after they recorded a thrilling 3-2 win at home to Sweden. The two Scandinavian teams produced a five-goal thriller at the end of their UEFA Nations League clash. The Norwegians were able to complete the double over their Scandinavian rivals in the group. In the first meeting between the two teams, Manchester City striker ErlingHaaland scored twice with a goal in each half to lead Norway to a 2-1 away win over Sweden. Young Manchester United attacker Anthony Elanga scored the lone goal for Sweden. 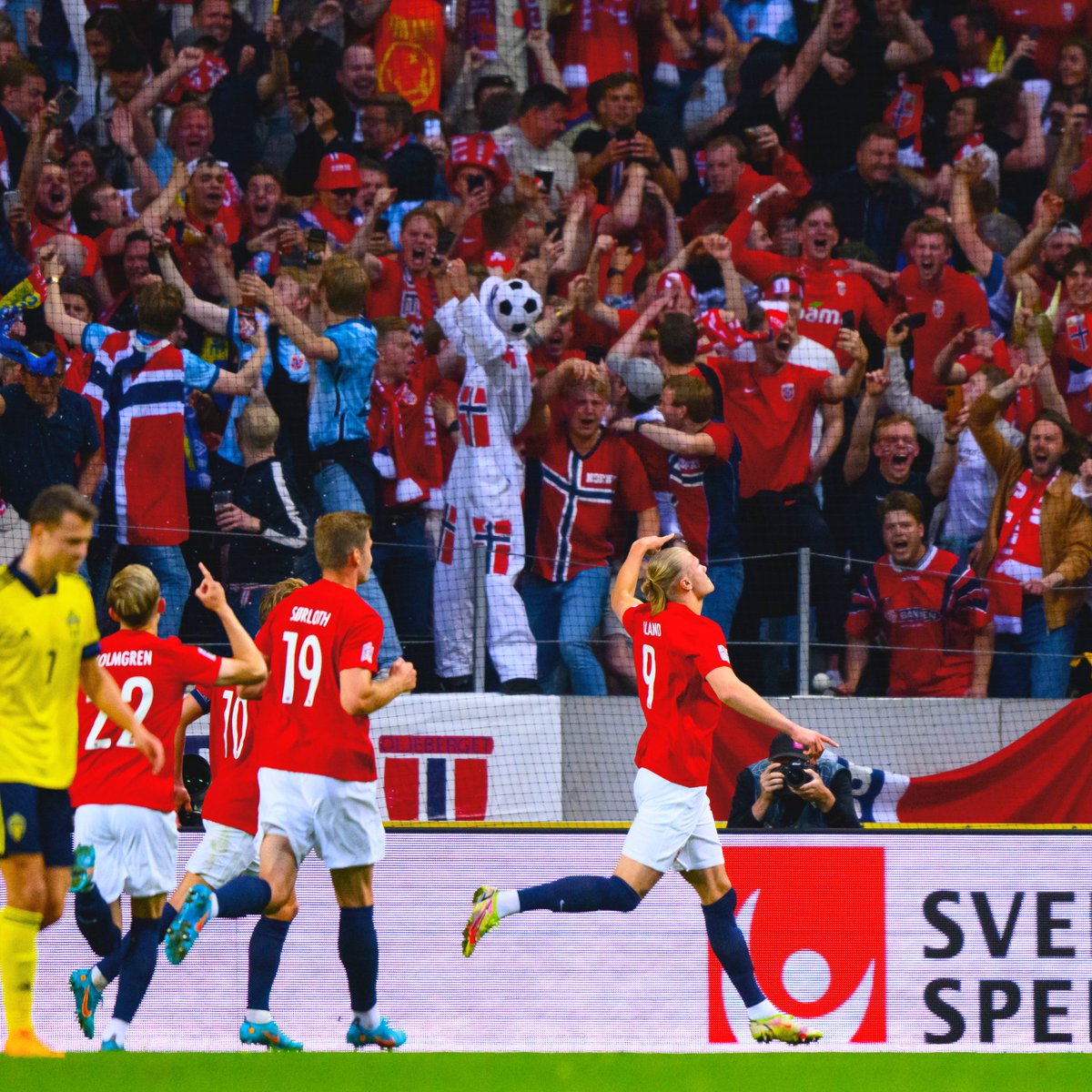 Manchester City star Haaland and his Norwegian teammates came into the latest Sweden game with a one-point lead over Serbia at the top of the group before a win at home to Sweden extended their advantage to three points after Serbia were forced to a 2-2 draw at the home of bottom team Slovenia. The Slovenians came from two goals down to secure a point from the game.

New Manchester City player Haaland has been the go-to man for Norway in terms of goals during the Nations League games this month. He scored the winning goal in the 1-0 away win over Serbia in the first group game for his team before making three goals in two games with his two-goal performance against hosts Sweden. Haaland and Norway then failed to score as they played out a goalless draw at home to Slovenia. Haaland added two more goals during the home win over Sweden.

Haaland was responsible for the opening goal during the home game against Sweden before he added a second goal two minutes on the right side of the hour mark. Emil Forsberg halved the deficit for Sweden before the strike from Alexander Sorloth restored the two-goal lead for the Norwegians. Sweden scored the last goal of the game through substitute Viktor Gyokeres to ensure that the game ended 3-2 in favour of hosts Norway.