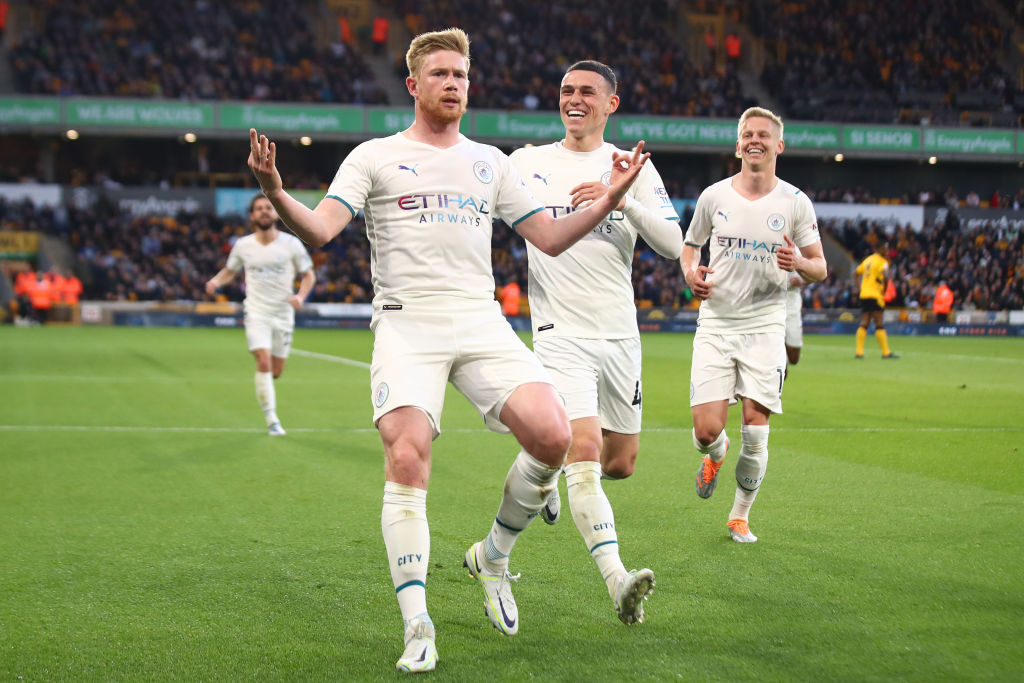 Manchester City needed to win the Wolves game to maintain the three-point gap between them and nearest challenger Liverpool in the race for the Premier League title. Pep Guardiola and his players were able to achieve the win needed to maintain their three-point advantage over the Reds thanks to the 5-1 win at the home of Wolverhampton Wanderers thanks to four goals from Kevin De Bruyne.

Premier League holders Manchester City will end this season without a trophy if they don’t retain their Premier League title. With this in mind, Manchester City took just seven minutes to take the lead through the impressive De Bruyne who was virtually unplayable. The Wolves players could not cope with the quality of the Belgian international playmaker. The advantage given to the Citizens by the first goal of the match from De Bruyne was cancelled out by the equaliser from Leander Dendoncker, who is a teammate of De Bruynein the Belgian national team. De Bruynescored two more goals in the first half to complete his first hat-trick in English football. It took him just 24 minutes to score the three goals thereby giving Manchester City a 3-1 lead at the end of the first half.

Ex-Chelsea and VFLWolfsburg star De Bruyne added his fourth goal of the game in the second half to edge City 4-1 ahead before England international Raheem Sterling wrapped up the win with the fifth City goal. The Citizens were able to open a three-point gap over Liverpool thanks to the dominant win over Wolves.