Holders Manchester City are back on the victory route in the Premier League after the routine win over Burnley at the weekend. The Citizens had played out a 2-2 draw at the home of fellow Premier League title rivals Liverpool in their last league outing before the Burnley game at the weekend. 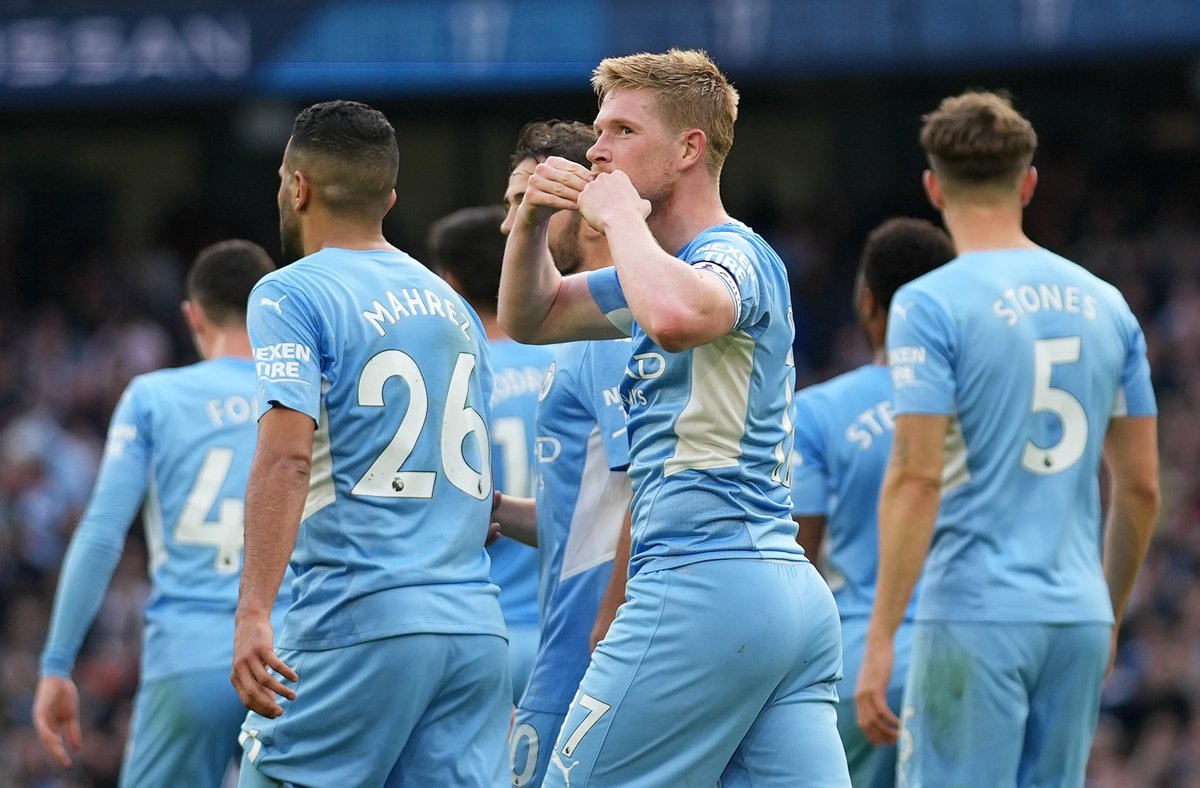 Manchester City came from behind on two occasions to earn a point via the 2-2 draw with hosts Liverpool just before the international break this month. The Citizens are now unbeaten in their last seven league outings, including the home clash with the Clarets.

Portugal international Bernardo Silva has been in the form of his life for Manchester City in the league this season and he continued in the same vein by netting the first and only goal of the first half at the expense of Burnley. Manchester City ensured that the destination of the points for the Burnley game didn’t change with Kevin De Bruyne wrapping up the win for the reigning Champions League finalist. De Bruyne settled the home nerves with an unstoppable strike to secure the three points on offer for Manchester City.

The home win over Burnley ensured that Premier League defending champions Manchester City closed the gap on Liverpool at the summit. The Reds had gone four points clear as at the time of kick-off for the clash between Manchester City and Burnley thanks to their big away win over newcomers Watford.

Italian tactician Claudio Ranieri was named the new Watford manager last week in the place of Xisco Munoz but he didn’t have the best of starts after his team lost 5-0 to visitors Liverpool thereby recording his biggest as a Premier League manager. The Reds moved four points clear of Manchester City but they were able to cut it down to a single point with the win over Burnley. Chelsea would then take over the summit from Liverpool on Saturday evening thanks to the slender win over home team Brentford in the West London Derby.

Chelsea (19 points) have one more point than Liverpool  (18 points) on the Premier League standings and two more points than Manchester City (17 points) after eight round of games.