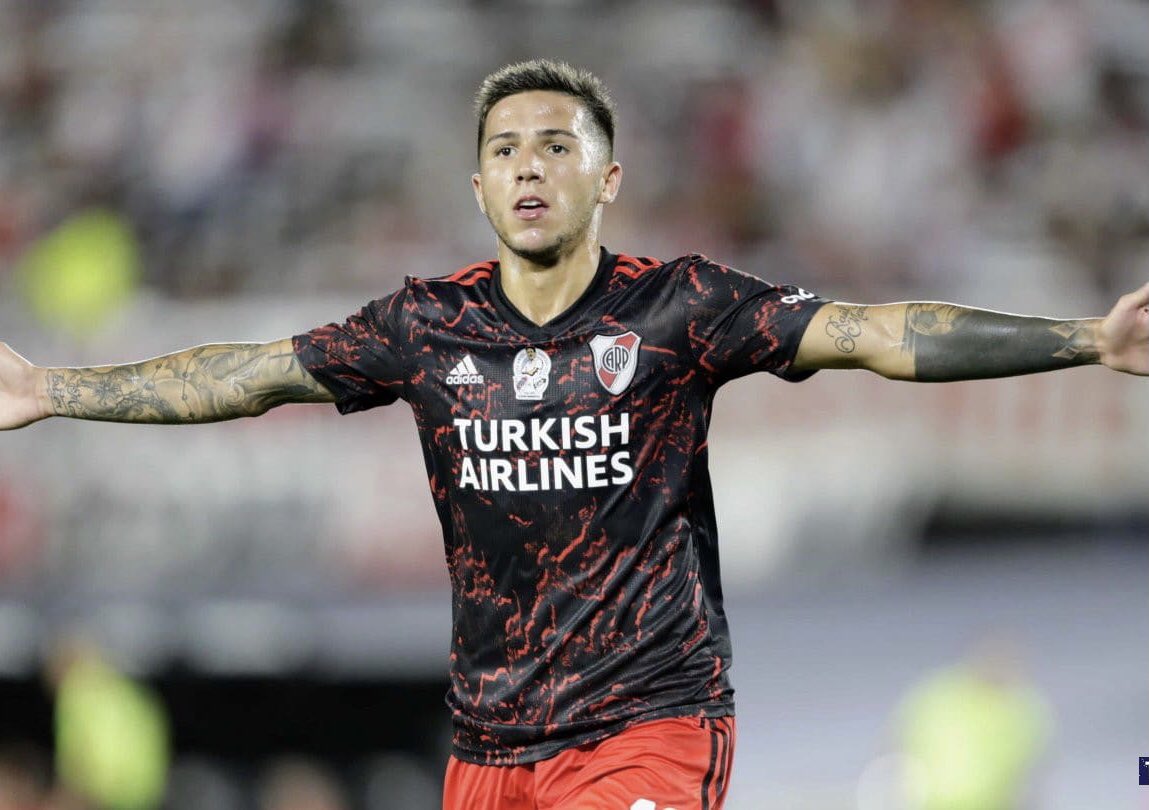 Enzo Fernandez started his youth career at Club La Recova but spent almost all his formative years with River Plate. The 21-year-old spent over a decade and a half with the Argentine giants and his stature in the club’s first-team setup skyrocketed in the past year before he sealed a move to Europe by joining Benfica this summer.

The Argentine midfielder has made his mark in the early days of his stint with Benfica, amassing three goals in six appearances thus far, an impressive tally for a box-to-box midfielder. And Fernandez’s exploits have not gone unnoticed, with some of the most high-profile clubs in Europe, including Real Madrid and Manchester City, setting their sights on him.

Real Madrid briefly considered signing Enzo Fernandez in the ongoing transfer window. But they have ended their summer transfer spending after signing Antonio Rudiger and Aurelien Tchouameni, with Carlo Ancelotti and Florentino Perez insisting Los Blancos will not sign another player this year.

But with Luka Modric and Toni Kroos in the twilight of their respective careers, Real Madrid will need to invest in at least one midfielder next summer. Enzo Fernandez has thus emerged as a viable target for Real Madrid, who will have to compete with Manchester City for the 21-year-old.

Like Real Madrid, Manchester City also showed interest in Enzo Fernandez this summer. But the Citizens also decided not to pursue the Argentine midfielder and will instead focus on signing him in the 2023 summer transfer window. With Ilkay Gundogan on the wrong side of 30 and Bernardo Silva’s long-term future not set in stone, Fernandez is an option worth considering for Manchester United.