Even though the last match between Man City and Arsenal resulted in City’s win, many think that Pep Guardiola often over-thinks the strategies or micromanages his team. This might have helped in the recent success but it could also lead to additional stress that might not work for anyone. 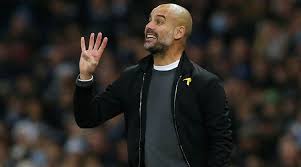 It was noted by many how Pep was gesticulating, raging and fuming outside the field in the last match. Many feel that Manchester City players are not made for handling setbacks and they run on a single theme. Pep is also seen to be too controlling and intense when the game is on and it could result in a side that gets neurotic and does not think for themselves when the game becomes tough.

City was able to get out of trouble in the Sunday match but it also seeks reflection on what got them into that position. In the last Tuesday match, they faced fragile opposition from Liverpool. They are also scheduled for the Carabao Cup match against Everton. It remains to be sure whether Man City is being able to handle pressure or is it that they are winning against opponents who are weakened such as Arsenal. Indeed, the latter team has not had a win since four years ago when they won against Man City with a score of 2-0.

Pep has distinct ways of running the show, one of them being juggling names around about an hour before the game kicks off so that no one knows what strategy has been deployed. In the last game also he placed Fernandinho in the center back position and shifted Aymeric Laporte to the left position. However, it would be wiser if he took on a more strategic and team-based approach and imparted some of the decision making responsibilities to the senior players.